I LIKE TO KEEP my wallet organized. It’s a bit obsessive. All my bills must face the same direction and be upright, with the 20s in the back and singles in front. I’m thinking that means something. Turns out an organized wallet is indeed a thing.

I also save my change. All those little coins add up. To what purpose? Before we travel, I take the coins to the bank and then add the proceeds to our spending money. Once, they added $700 to the pot.

If you received a cash gift, would you be offended if the bills weren’t brand new? Not me. Still, I’m sent to the bank to get new 50s around the holidays. My wife insists new bills are essential for gifts. Apparently, she’s not alone. They’re hard to get. The bank teller says they run out quickly. As for me, donations of old, crumbled bills in any denomination are welcome.

Money has been with us a long time and, for just as long, we’ve been losing it and hiding it—and apparently forgetting it.

The Mesopotamian shekel was the first known form of currency. That was nearly 5,000 years ago. The Hoxne Hoard is the biggest collection of late Roman gold and silver coins discovered in Britain, as well as the largest collection of coins of the fourth and fifth centuries found anywhere. It contained 14,865 Roman gold, silver and bronze coins. For any number of reasons, burying money seemed the thing to do. I watch old Time Team shows on YouTube. Medieval coins are a common archeological find, many with pictures of the king of the day.

My father had a collection of Indian Head pennies. Today, that collection would be worth a small fortune. Sadly, as a child, my sister used most of them in a gumball machine.

The world has 164 national currencies. But thanks to the euro, travel today in Europe is less confusing—usually. Scandinavia has its own way with money. You cannot use the euro or Danish krone when paying in Sweden. It uses the krona, which is not to be confused with the krone. I once took the train from Copenhagen, Denmark, to Malmo, Sweden. I went to buy the return trip ticket with a Danish krone and it took 10 minutes for my American way of thinking to grasp the difference. I didn’t have any other money, and ended up paying a premium to use my krone.

Money around the world has different colors, shapes and sizes. Some of the coins have holes in the middle. I find myself not taking foreign cash seriously. It doesn’t feel like I’m spending real money. I’m sure I’ve occasionally paid too much as a result, especially when some foreign coin is worth more than a U.S. dollar.

Does a pound sound like money? How about a ruble? And that’s not counting slang—quid, smacker, buck. Australia is especially colorful. Can you say lobster, which is $20 in Australian slang, or pineapple, which is $50?

It’s not only foreign money that can be confusing. Recently, I tried to spend a U.S. gold-colored dollar coin. The clerk didn’t want to take it. Maybe it’s a good thing I didn’t try a $2 bill.

How would you like to be the person who decides whose picture is on the money? The U.K. has it easy. It’s mostly the Queen, though even there a statesman and author have snuck in. The U.S. used to stick mostly with presidents. Even some of those have fallen out of favor and several have disappeared because the denominations with their likeness were eliminated. I’ll never see Woodrow Wilson on the $100,000 bill. Having your picture on U.S. currency is a risky goal. You have to be dead.

Sometimes, our affection for money escapes logic. In fiscal year 2021, the cost to make, administer and distribute the penny was 2.1 cents, while the cost for the nickel was 8.52 cents.

Hard cash, it seems, may be on its way out. What do they call it? Cryptocurrency? That’s any form of currency that exists digitally or virtually, and uses cryptography to secure transactions. It’s Greek to me. No size, shape or color. What fun is that? What’s next, virtual gift giving?

Not wanting to be left behind, I bought $10 of bitcoin in my PayPal account. The last time I looked, it was worth $9.13. I should learn not to invest in something I don’t understand. Last year, some kind of a partnership lost me $25,000.

Richard Quinn blogs at QuinnsCommentary.net. Before retiring in 2010, Dick was a compensation and benefits executive. Follow him on Twitter @QuinnsComments and check out his earlier articles.

Hold onto your bitcoin! It has its ups and downs, but no one has ever lost money on it who kept it more than 4 years. Last year wasn’t so great, but it was the best performing asset class in the world, by large margins, for 8 of the previous 10 years. 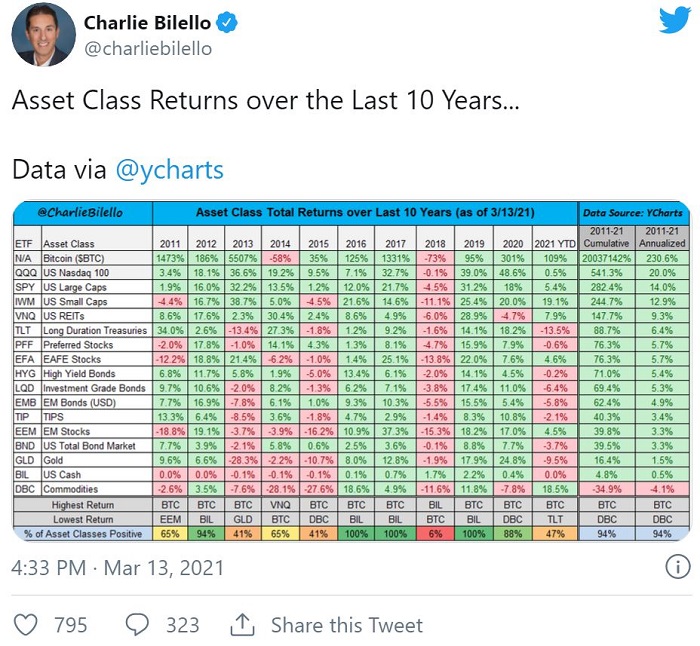 The first 3 paragraphs could have been written about me. I don’t have many obsessive/compulsive proclivities; just a few. Re: currency- I still have some Chilean Escudos from a few months before Allende was assassinated. No bitcoin for me, but the Swiss Franc is a consistent storehouse of value.
Also, I had a 1955 double stamp penny when I was a kid and didn’t know the value—either I or someone in my family spent it!

Last edited 1 month ago by jdean
0

This Hidden Brain episode might intrigue you Mr. Quinn: https://hiddenbrain.org/podcast/money-2-0-emotional-currency/

Your input is always insightful Rich.

I’d recently researched that Honxe Hoard find.
It certainly disproves much of what I learned in USAs schooling about history.

I suspect schooling simply instills socialization, working for subsistence, & its tax’s recognition. That was 1800s/1900s when that was common.
A lot of progress these days seems relocated to the www of this century.

You’re right about the difficulty of getting brand new bills from the bank. I like to take a couple of hundred actual dollars on a trip as emergency funds, and occasionally more if I’m going somewhere a little off the grid, and every time the teller has to go through a whole bunch of bills to find good ones. (Money changers insist on pristine bills.) Doesn’t seem to matter what denomination.

I’m an indexer because it’s the only investment I understand. The one significant exception I’ve made is with cryptocurrency. I put around $14K into Bitcoin/Ethereum – mostly last year when they were touching all-time highs – and now I’m down to about $7K. For some reason, even though I didn’t truly understand it, I felt compelled to purchase it for fear of missing out on investing in such a burgeoning asset.

If I had to do it all over again, I wouldn’t have invested. I’m surely not investing any further. But I will also “HODL” to my initial investment and see if I can make a little back before selling. Maybe I’m falling victim to sunk cost fallacy, but I’m still in the accumulation phase and don’t feel keen on selling anything in today’s environment.

Update, the Crypto is now worth $7.30. I sure can pick ‘em. I went to organize my wallet a few minutes ago and the twenties have disappeared.

Thanks Mr. Quinn. I’m a tad humored by your mention of losing a couple of bucks (ok 27%) on your Bitcoin but then the “some kind of a partnership” you lost $25,000 last year?! That’s quite a loss in something you admit you “don’t understand” which is not like you from what I’ve gathered about your financial astuteness!

Yeah, I was surprised too. The thing was after a couple of years of good performance it started down and then suddenly the partnership decided to just shut down. The good news is the loss offset taxable gains. Never again. I’m sticking with index mutual funds.