JONATHAN CLEMENTS is the founder and editor of HumbleDollar. He’s also the author of a fistful of personal finance books, including From Here to Financial Happiness and How to Think About Money, and he sits on the advisory board of Creative Planning, one of the country’s largest independent financial advisors. 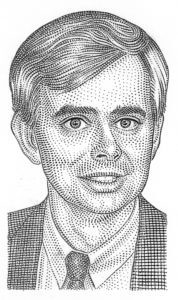 Jonathan started writing his WSJ column at age 31. No, he doesn’t look this young anymore. Not even close.

Jonathan spent almost 20 years at The Wall Street Journal, where he was the newspaper’s personal finance columnist. Between October 1994 and April 2008, he wrote 1,009 columns for the Journal and for The Wall Street Journal Sunday. He then worked for six years at Citigroup, where he was Director of Financial Education for Citi Personal Wealth Management, before returning to the Journal for an additional 15-month stint as a columnist.

An avid bicyclist, Jonathan was born in London, England, and graduated from Cambridge University. He worked for Euromoney magazine in London before moving to the New York area in 1986. He now lives in Philadelphia, close to his daughter, son-in-law and grandson. Prior to joining the Journal in January 1990, he covered mutual funds for Forbes magazine. Jonathan has written a novel and eight personal finance books, and also contributed to six others.

Be warned: There’s more than one author called Jonathan Clements. Don’t be fooled by these imposters.